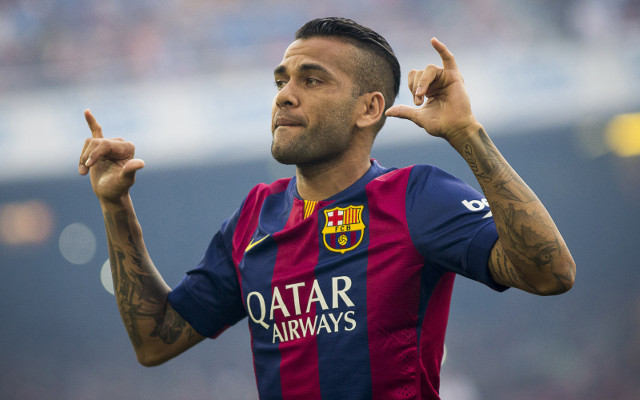 The Red Devils are keen to bring in a new player for that position in this transfer window, with the Guardian stating that Louis van Gaal is unconvinced by the likes of Rafael and Antonio Valencia in that role, based on performances in 2014/15.

Despite being a regular under Sir Alex Ferguson, Rafael made only ten appearances for United in the season just past, suggesting he has not impressed van Gaal. Valencia, meanwhile, has been the main candidate to fill that slot, but is perhaps more suited to playing further forward, having started out as a midfielder at Old Trafford.

The Guardian add this makes Alves a priority target for United as they begin their preparations for next season, with Everton’s Seamus Coleman and PSG ace Gregory van der Wiel also mentioned as being under consideration.

Still, it appears that the experienced Alves is the club’s main target, with the Brazilian international out of contract at the Nou Camp after failing to agree a new deal. The Guardian adds that Barca are resigned to losing the 32-year-old after this weekend’s Champions League final clash against Juventus.

Having joined the Catalan giants from Sevilla all the way back in 2008, Alves has been a hugely important member of the club’s first-team, winning a whole host of honours in his seven years there, showing superb ability to get forward from the back and contribute in goals and assists.

Alves has ten assists this season alone, and it’s clear to see why van Gaal sees him as an ideal candidate to come into his squad and play that attack-minded wing-back role, which United have tried to utilise several times under the Dutchman, who is known to like using variants of a 3-5-2 formation, with plenty of freedom for his wide-defenders to bomb forward.

The Guardian adds that PSG have given up on pursuing Alves, with manager Laurent Blanc supposedly unsure as to whether the player will end up leaving Barcelona.

Whilst this saga remains a little unclear for the moment, it seems increasingly likely that if Alves is to leave, it will be Old Trafford that he heads to next season. 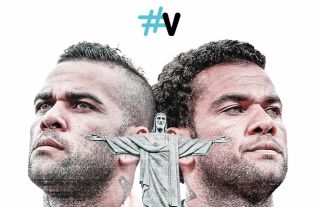