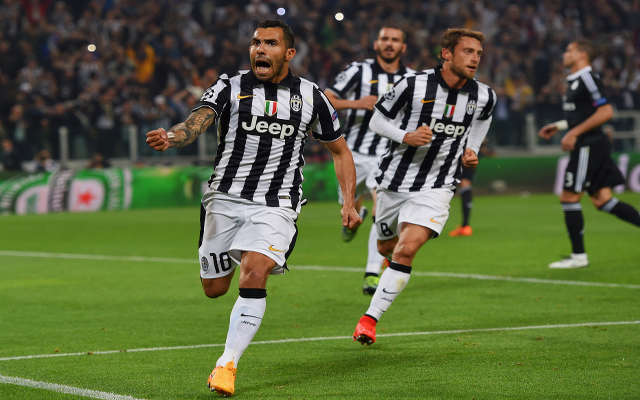 Carlos Tevez future is still uncertain as there are many teams want to sign him, with Atletico Madrid the latest side to join Boca Juniors and Liverpoolin the hunt for the Argentine superstar.

Tevez future will remain in doubt until after the Champions League has been played – Juventus, his current side, want Tevez to stay at the club and are hoping that there is still the possibility of him signing a contract renewal.

According to the news site Marca, Atletico Madrid are now hoping to sign the Argentinian striker. It is reported that they are dreaming of having the Argentine duo of Tevez and Vietto in attack, with them managed by another Argentine, Diego Simeone.

Vietto’s signing is also still being negotiated, but it seems more probable as the release clause that Atletico would have to pay is only 20 million euros.

Another possible club for Tevez is Boca Juniors in Argentina. He came through the Boca ranks as a youth and it would give Tevez the opportunity to go back to Argentina.