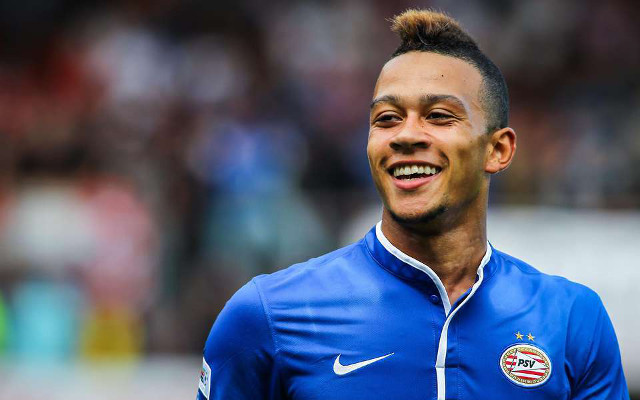 Memphis Depay, who was confirmed to be joining Manchester United when the summer transfer window opens, has upset his new club after going against their orders in his final games for PSV Eindhoven.

It was announced on the 7 May that a £25m deal had been agreed with Manchester United for Depay, and having completed a medical on 18 May, he will move to Old Trafford when the international transfer window opens in June [via The Guardian].

The Netherlands international, however, has already risked feeling the wrath of new manager Louis van Gaal.

He revealed to Dutch daily De Telegraaf that he ignored pleas from the Red Devils for him to sit out PSV’s closing two clashes of the season. Once the deal was confirmed, Louis van Gaal wanted the winger to watch on from the stands, so as to avoid sustaining any possible injury that could affect his start with the Premier League giants.

Depay, nonetheless, wasn’t interested in the demands of his new club and wanted to say his farewell to the Boeren supporters on the pitch. He played in their remaining two games versus Go Ahead Eagles and FC Groningen, saying that he wanted to finish top scorer of the Dutch Eredivisie and help the club reach a record tally of 88 points.

The 21-year-old achieved both and has no regrets.

He told De Telegraaf:  “I wanted to play and for our coach (Phillip Cocu), it was not a big issue.

“But PSV and Manchester United were not pleased. They both suggested that I sit out because of fear over injuries,” he added.

“I wanted to win that last game, finish top scorer and help PSV pick up the points record (88 points, a record for PSV and the highest total in the league this century).”