With the England U-21 squad now finalised for the European Championships later this month, we take a look at the strongest possible side in which manager Gareth Southgate could field in the Czech Republic.

One of Southgate’s toughest decisions will be who to start in attack as his three options in Harry Kane, Danny Ings and Saido Berahino have all been is great form for their respective clubs during the season.

Take a look at the starting XI which we feel should start the opener against Portugal on June 18.

Butland was given a taste of Premier League football for Stoke City during the climax of the season and performed to a very high standard. This will be his chance to show he can handle the pressure of a big tournament. 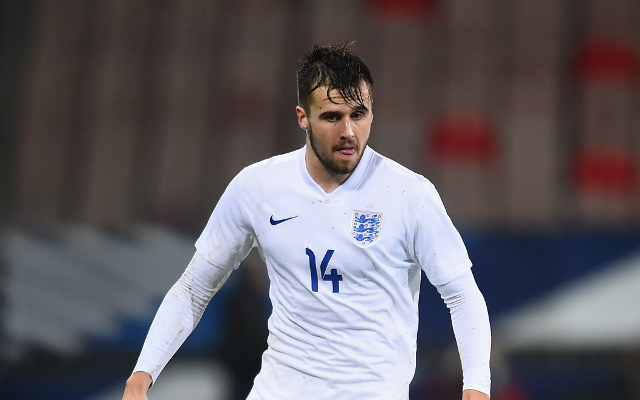 The Arsenal defender should get the nod over his club team-mate Calum Chambers for the right-back spot given that the latter has barely featured for Arsene Wenger’s side in the latter stages of the season.

In an extremely tough campaign for the Toffees, Stones has emerged with a great deal of credit. His experience with the senior team will be beneficial as the rest of the squad will look for him to lead by example from the back.

Despite the Clarets suffering relegation from the Premier League this season, they were defensively sound at times during the campaign and Keane played a huge part in that.

His 21 league apperances for Burnley should give him the nod over Liam Moore.

The Toffees youngster has received his fair share of first-team chances this season and with his contract expiring at the end of the month, this tournament represents a good chance to impress scouts.