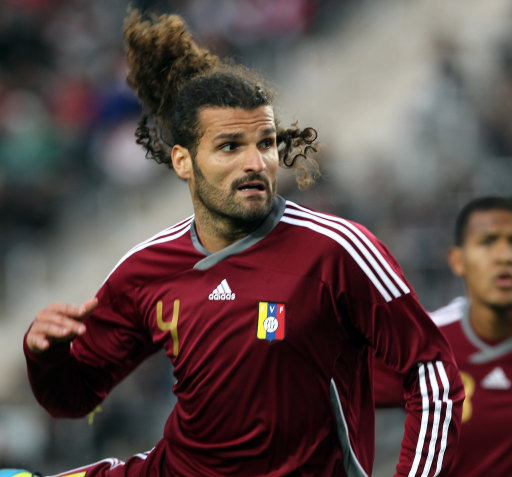 Southampton striker Dani Oswaldo could move to the MLS, if reports on news website Ole are to be believed.

News broke today that Oswaldo would return to Southampton this summer after Boca Juniors, for whom the player had been playing on loan, opted not to take up the option to sign him on a permanent deal.

However, as soon as the rumours about a New York Red Bulls move started to gather pace, the club’s head coach Jesse Marsch immediately moved to deny them – claiming he didn’t even know who the player was:

“There’s nothing to comment on. The fact that I didn’t know the player I think should be telling.”

The 29-year-old was born in Argentina and played for Huracan for a year before moving to Italy in 2006. Southampton bought him for £12.8 million in 2013, but the move didn’t work out and he was quickly shipped back to Italy on loan, first with Juventus and later with Inter.