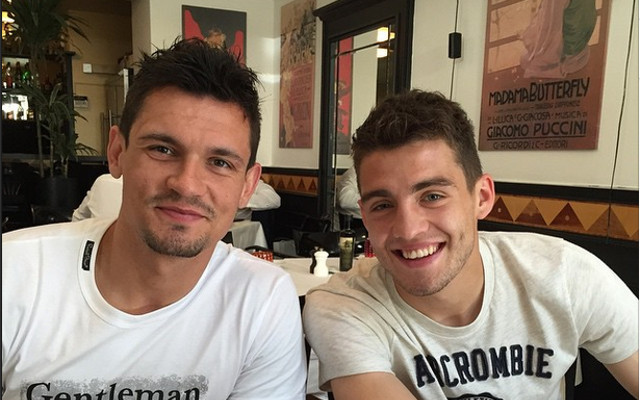 Inter Milan ace and Liverpool transfer target Mateo Kovacic has been pictured with Dejan Lovren during the pair’s international duty.

Both players are in the Croatia squad ahead of their European Championship qualifier with Italy on June 12. The Daily Express has linked the Reds to the midfielder, and this image of him looking friendly with an albeit disliked Anfield star will give them hope that a deal can be done.

Kovacic has been key for the Nerazzurri this season, scoring five goals and assisting another three in 35 Serie A games. At just 21-years-old he also has potential to improve, and could even be a serviceable replacement for Steven Gerrard eventually.

However, before fans of the Merseyside club start getting too excited this is just a picture. The two footballers were likely just killing time while together at an international training camp.