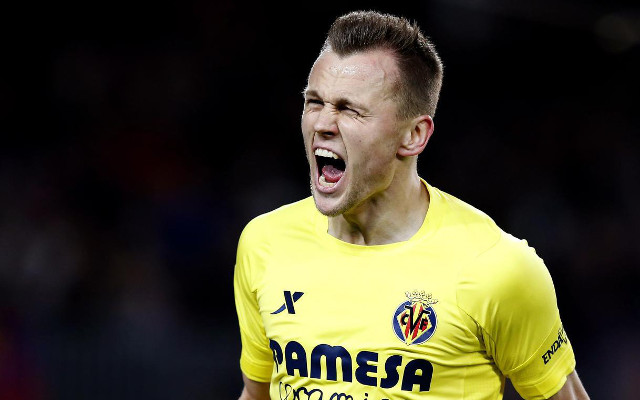 Liverpool are resigned to losing Raheem Sterling in the summer and Brendan Rodgers is targeting Real Madrid winger Denis Cheryshev to cover for the winger’s imminent departure.

Spanish newspaper AS report that the Reds are prepared to table a bid between €15-20m for the 24-year-old’s signature following his impressive loan stint with Villarreal.

The Russia international has spent this season at the Ramon Sanchez Pizjuan Stadium and isn’t likely to have a future at the Santiago Bernabeu under confirmed new manager Rafael Benitez [via Real’s official website].

Sterling may well leave Liverpool this summer after telling the Northern Irish manager that he wished to leave the club prior to their clash with Chelsea [via BBC Sport]. and, according to AS, Brendan Rodgers is after a forward of similar versatility to Raheem Sterling in the summer transfer window – and Cheryshev fits the bill.

Sterling can play a variety of positions in midfield and in attack – with the 21-year-old having played on the left and right side of an attacking three, as well as central attacking midfield, a central striker role, and even right wing back during the 2014-15 campaign.

This season, Cheryshev has scored six goals and registered six assists from left midfield, but is also capable of playing in a lone role up front, having played there twice.

His contract expires with Los Blancos in 2017 and as a result, the club may look to cash in on such players not expected to feature in the first team.