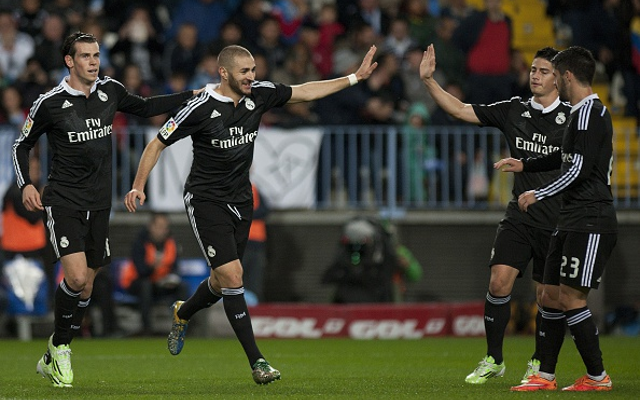 Manchester United are reported as confident that they are close to sealing their second signing of the summer with a move for Real Madrid star and top Arsenal target Karim Benzema.

The Premier League giants are said to be in battle over the French international forward, who is also attracting interest from Ligue 1 champions Paris Saint-Germain.

Benzema has been a key player at the Bernabeu for some time now, scoring 133 goals for the club since joining back in 2009, establishing himself as one of the best attacking players in Europe and one of the most consistent in front of goal.

Both Arsenal and United could badly do with that kind of quality up front next season, and the Daily Telegraph now claims it is the Red Devils who are looking the favourites to complete this deal.

The 27-year-old should cost around £38.3m, with Real ready to let him go as they plot changes to their squad this summer under new manager Rafael Benitez.