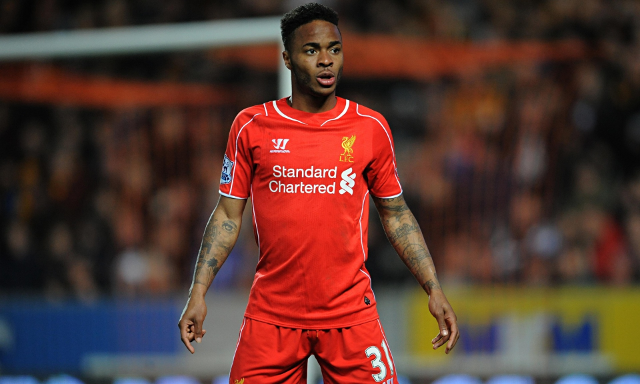 Manchester United could make a shock raid on their rivals Liverpool this summer in a rare deal between the two clubs, with a £25 million-bid planned for the wantaway Reds winger Raheem Sterling.

The England international is known to want a move away from Anfield in this transfer window, having rejected various offers of a new contract with the Reds despite offers of a big increase in pay [via the Telegraph].

His agent Aidy Ward recently confirmed that the forward would not sign a new contract at the Merseyside club under any circumstances, before proceeding to launch a remarkable tirade on the club and Reds legend Jamie Carragher [the Standard, via the Metro]. Ward’s outburst threatens to alienate Sterling from the club that signed him from Queens Park Rangers back in 2010.

United are now the latest club to show a strong interest in Sterling, with the likes of Arsenal, Chelsea and Manchester City also previously mentioned as big admirers of the 20-year-old’s talents, according to the Daily Mail.

Real Madrid are also considering a move for the forward, with new Merengeues boss Rafael Benitez confirming his admiration for the player upon his appointment at the Bernabeu, according to the Liverpool Echo. It would be little surprise if the former Reds boss’s comments were a pre-cursor to a transfer approach for the talented wideman.

Bayern Munich had opened talks with the player’s representative concerning a move to Bavaria, but discussions ultimately broke down with both player and club concluding that a deal would not be the best option according to Bild.

Sterling has previously been linked more strongly with Arsenal and Chelsea due to an apparent desire to move to London [Daily Mail], but United now hope to enter the running with a big-money bid, according to the Daily Telegraph.

The Mirror report that the Red Devils previously had a bid for the player rejected last month, although Louis van Gaal is believed to be confident that he can prise the youngster away from Anfield during the summer transfer window.

This would be a hugely controversial move and it could well be that United would have to pay even more than most to persuade Liverpool to sell.