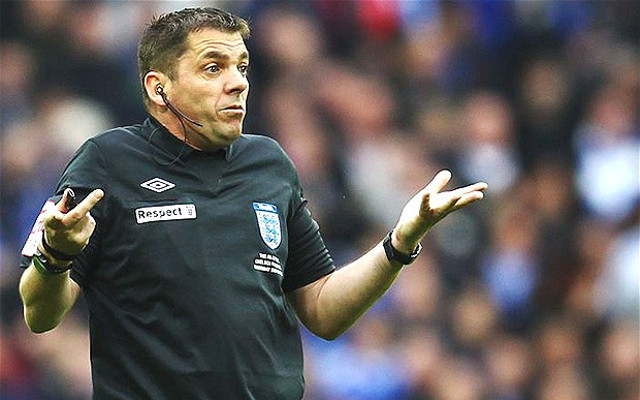 Freak weather conditions, prima donna player antics and religious priorities are just some of the bizarre circumstances that have caused football matches around the world to be cancelled or abandoned. These occurrences can often be at considerable cost to the football club. Fortunately, specialist sports insurance cover like that offered by Bluefin Sport can offer event liability and cancellation insurance. Here’s hoping the below clubs had the appropriate insurance policy…

British football team Soudley FC had to abandon a match against Charfield AFC in September 2008 when wild boars invaded the ground. Players fled and scared spectators could only watch as the boars tore up the pitch. As well as having to abandon a string of competitive league fixtures, the non-league side (who could only afford to pay their players £5 a week at the time) had to fork out over £1,000 in damages caused by the foraging beasts.

Hopefully they had event cancellation insurance.

Football chairmen often repeat the age-old adage that no player is bigger than a club but that theory was put to the test when LA Galaxy cancelled a planned trip Australia in December 2008 because David Beckham did not want to play. Beckham was due to move to Italian giants AC Milan on loan and requested to be left out of a friendly against Aussie side Queensland Roar in case he picked up an injury. Fearing uproar from Australian fans, who could have travelled thousands of miles to catch a glimpse of the ex-Manchester United star, LA Galaxy took the decision to cancel the match.

When arch-rivals Claypole and Victoriano Arena clashed in March 2011 fans expected a spicy encounter but no one expected the chaos that unfolded in the second half of the match.

Two players were sent off early on in the Argentine fifth tier encounter and tempers began to flare after half time as players began launching themselves into leg-breaking challenges. The referee soon lost control of the game as players, managers, coaching staff and fans erupted into an on-pitch mass brawl. In the end referee Damian Rubino was forced to dish out a record 36 red cards to everyone involved and abandon the match.

Another Argentine lower tier match that looked more like a riot than a football game was Deportivo Roca vs Cipolletti in October 2014. The trouble started after two players were sent off which prompted a Cipolletti player to run the entire length of the pitch and attack a group of rival fans that had wandered away from the stands and onto the grass. The same player was then in turn attacked by a handful Deportivo Roca players and a mass brawl ensued.

With punches flying, kung fu kicks dished out and riot police storming the field, the referee had no choice but to abandon the match after awarding 12 red cards players from both sides.

TOTAL ECLIPSE OF THE HALF

The footballing world had 62 years to make consideration for the British total eclipse of the sun on 11th August 1999 but the anticipation of the brief moments of total darkness proved too much to handle for Torquay United and they cancelled their first round cup match against Portsmouth FC at the last minute. The story goes that local police had a moment of panic regarding the manpower that may have been required to deal with any incidents resulting from the eclipse and asked the club to abandon the game with very little notice. The match was eventually played a week later and was a less interesting 0-0 draw.

AC Milan were so worried about the ill health of Pope John Paul II that they cancelled their highly anticipated clash with Juventus FC in April 2005. It was decided that fixture should not go ahead “to respect the feelings of athletes, coaches, managers and fans.” When the Pope died the very next day all the football matches in Italy were cancelled and national mourning commenced. Chelsea legend Gianfranco Zola stated: “It’s fair that the sport is stopped … there are more important things than soccer.”

IT TAKES TWO TO TANGO IN TALLINN

As the referee blew his whistle for kick-off off at the Kadriorg Stadium in Estonia on the 9th October 1999, things looked a little one sided. Within seconds the referee blew his whistle again and the match was over. The problem was that Scotland had 11 men on the pitch while their opponents Estonia had none as the team had failed to turn up for the game in protest to the moving of kick-off time. Scotland were unhappy with the quality of Estonia’s floodlighting system and asked FIFA to change the start time so that the lighting would not be a problem.

FIFA obliged but Estonia were not happy with the loss of television revenues caused by the rearrangement and boycotted the match. The Scottish team left the field to chants from their supporters of “One team in Tallinn, there’s only one team in Tallinn.”