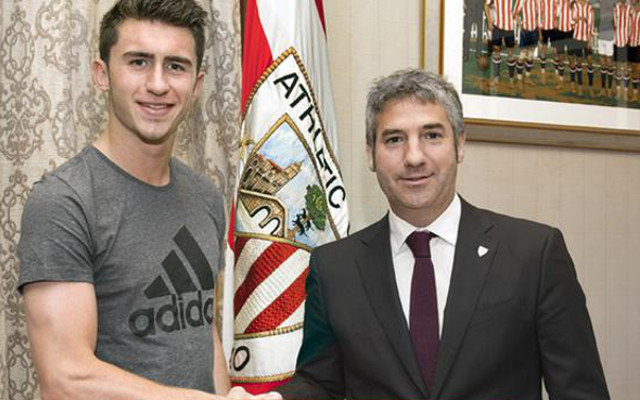 Manchester United have been dealt a blow by the news that Aymeric Laporte has signed a new deal with Athletic Bilbao.

The Daily Mirror reported that the Red Devils were interested in the 21-year-old this summer, but it now seems that the youngster has decided to stay with the Basque club. This isn’t good news for United, who are in dire need of a new centre-back.

This season manager Louis van Gaal has had to rely heavily on goalkeeper David De Gea to keep the team in games. There are also very few natural centre-backs in the squad, with Phil Jones, Roy Evans, and Chris Smalling the only ones who regularly played there before this campaign.

Laporte’s new contract with Athletic runs until 2019, and if the Premier League giants still want to go after their target the release fee is now a massive €50 million. There will surely be cheaper options out there, and it would make sense if they now give up on going after the France Under 21’s international.