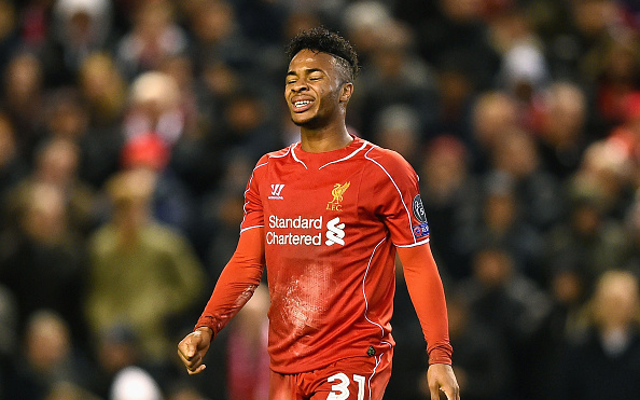 The 20-year-old has notably turned down a big-money contract offer at Anfield with the desire to move on very much apparent. Despite being handed his first-team breakthrough by current manager Brendan Rodgers and being given the platform to make a name for himself and impress as a regular for one of Europe’s traditionally biggest clubs, Sterling’s agent Aidy  Ward has confirmed that the forward will not be signing a new contract at Anfield [via the Standard].

Perhaps Steven Gerrard calling time on his long career with Liverpool this summer has prompted Sterling to look at his departing captain and decide not to follow in his footsteps and be a loyal one-club man without any silverware to show for it.

Although Gerrard has memorable Champions League and FA Cup wins to look back on, he will go down as one of the best players in English football history not to lift a Premier League title, while he only has one League Cup win to boast during a barren spell for the club over the last nine years.

Of course, there is no guarantee of success at Manchester United, with the Red Devils failing to win any silverware in the last two seasons and managing only 7th and 4th-place finishes in the Premier League. Since Sir Alex Ferguson’s retirement there have been some setbacks for England’s most successful club, and even big spending on the likes of Angel Di Maria might not be enough to re-establish the club at the pinnacle of the domestic game.

However, it’s hard to ignore that there is the sense of something exciting building at the club under Louis van Gaal, and according to The Guardian the Dutchman could lure Sterling to the club, with the England international enthusiastic about working under the former Barcelona and Bayern Munich boss, who will be lifting plenty of trophies before long if his track record in other countries is anything to go by.

A speedy, skilful and versatile attacking midfielder, Sterling also looks ideally suited to the tactics adopted by van Gaal at United, with no end to the roles he could find himself playing in the side; he could well prove an excellent replacement for Robin van Persie up front, or he could equally fill Wayne Rooney’s number ten role well, or even provide an upgrade on players like Di Maria and Ashley Young out wide.

Even if United are not the force they once were, there is a great deal more quality on the books at Old Trafford than at Anfield at the moment, with the sense that the club is moving forward again while Liverpool are arguably slipping back, and of course there is the very immediate lure of Champions League football, something the Merseysiders cannot offer.

In almost every aspect, this move makes sense for Sterling. Now the only question is – is there even the faintest hope that Liverpool would ever consider selling to their biggest rivals?