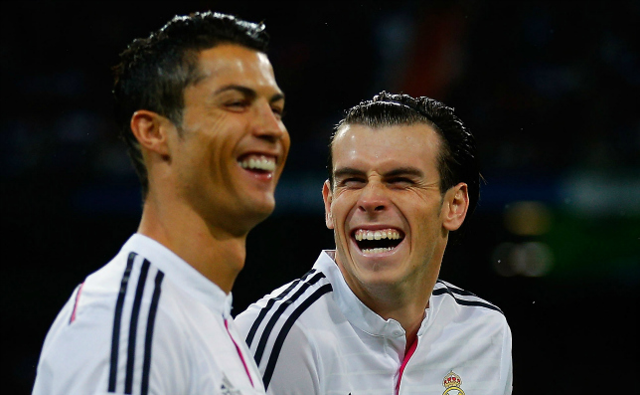 Real Madrid star Gareth Bale has given an interview to clear up the recent speculation surrounding his future and a possible rift with team-mate Cristiano Ronaldo.

The former Tottenham Hotspur man has been strongly linked with Manchester United for much of the season just gone, with Chelsea and Manchester City also possibly on alert for his signature after a difficult season at the Bernabeu.

Bale, however, insists he wants to keep fighting for his future in Madrid, and has attempted to put to bed any rumours that he and Portuguese forward Ronaldo do not get on.

Speaking to The Sun, he said: “I’m a Real Madrid player and I’ll carry on as normal. I am enjoying it and hopefully I can continue to.

“My goal is to keep improving, performing and to win as many titles as I can.”

Responding to speculation involving Ronaldo, he added: “It’s rubbish. When you are on the pitch you try to help your team-mates as much as you can.

“People are trying to create problems which aren’t there. It’s good and normal training and playing with Cristiano. You train with the best players and you try to improve as much as they do.”

The Welshman joined Real for a world-record £85m in 2013 and had a good first season with the club, scoring in both finals as the Spanish giants won the Copa del Rey and the Champions League.

However, it has been harder for the 25-year-old this time round, with Real finishing trophyless and with some of the fans turning on the team and Bale in particular.