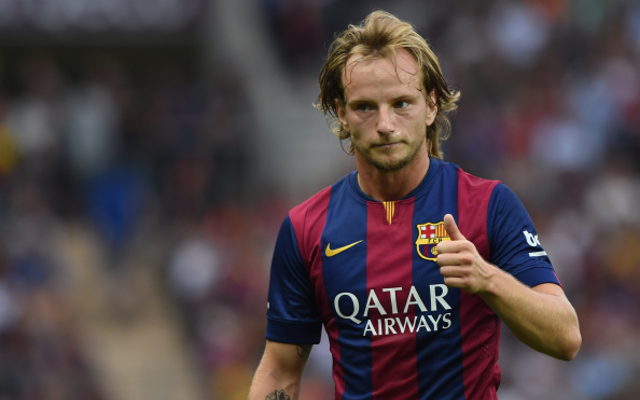 Barcelona have taken an early lead in the UEFA Champions League final against Juventus as Ivan Rakitic rounded off a superb passing move.

The goal arrived after just four minutes on the clock in Berlin as Lionel Messi’s sublime cross field pass found Jordi Alba in space and he fed Neymar, who in turn found Andres Iniesta, who in turn squared for Rakitic to slam the ball into the net.

Barca are heavy favourites going into the game and the goal will settle them down and now the Serie A giants now face an uphill task of having to commit players forward in search of an equaliser.

The danger is that if the likes of Messi, Luis Suarez and co are given space in the attacking third then the Catalan giants could ease to victory over their Italian counterparts.

However, they found their stride and began to take control of the contest and-worrying for Juve-of possession. The move that led to the goal involved 16 passes, with all of Barca’s outfield players getting a touch in the build-up!