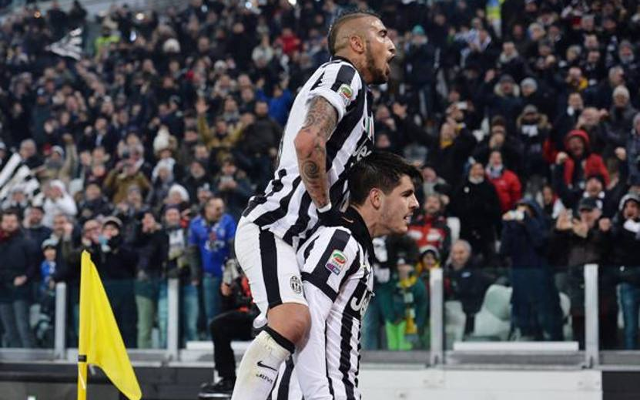 Juventus have equalised in the UEFA Champions League final against Barcelona as semi-final hero Alvaro Morata has scored against Spanish opposition once again.

SEE ALSO:
Goal! (Video) Juventus 0-1 Barcelona: Rakitic rounds off superb move to give Barca the lead
(Video) Who is this Buffon lookalike sneaking into the Juventus team hotel?

Morata, who scored the all-important goal against former club Real Madrid to clinch a place in the final for Juve, was on hand to convert into an empty net after Carlos Tevez’s shot was parried into his path.

The goal was largely created by Claudio Marchisio as his lung bursting run at the heart of the Barca defence ended with him brilliantly flicking the ball into the path of Tevez.

The Argentine nicely spun away from Gerard Pique but saw his effort saved by Marc-Andre ter Stegen, however the German keeper pushed the ball out to Morata, who made no mistake from close range to make it 1-1 in Berlin.

Barca may feel a little hard done by to concede the equaliser after going close to making it 2-0 just moments earlier as Gianluigi Buffon brilliantly denied Luis Suarez.

With the game finely poised at one a piece, the next goal will be crucial as both sides look to complete a historic treble.