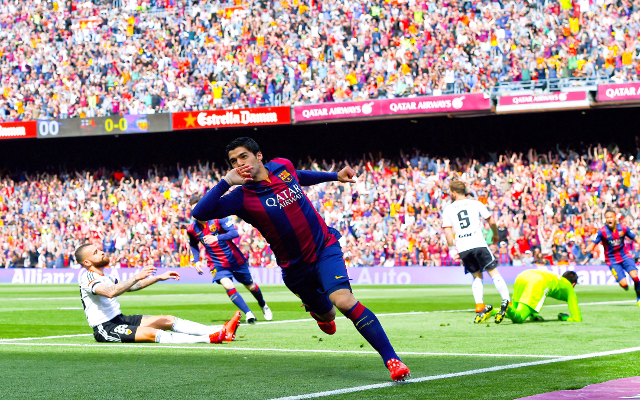 Barcelona have re-taken the lead in the UEFA Champions League final against Juventus, thanks to yet another goal from one of their brilliant attacking trio.

Luis Suarez captialised on a mistake from Gianluigi Buffon to score his 25th goal of the season and what may be the most important of his whole career.

After surviving appeals of a penalty shout on Paul Pogba minutes earlier, Lionel Messi picked up the ball in the middle of the park and drove at the heart of the Juve defence and his fierce effort was saved by Buffon, although, just like his opposite number at the other end had done previously, he failed to get enough distance on the save.

The ball broke kindly for Suarez, who nipped in ahead of his team-mate Ivan Rakitic to slam the rebound into the net and put the Catalan giants within touching distance of a second treble in six years.

Neymar though he had made it 3-1 moments later but saw his goal ruled out as the officials spotted the use of his arm before the ball found the net.