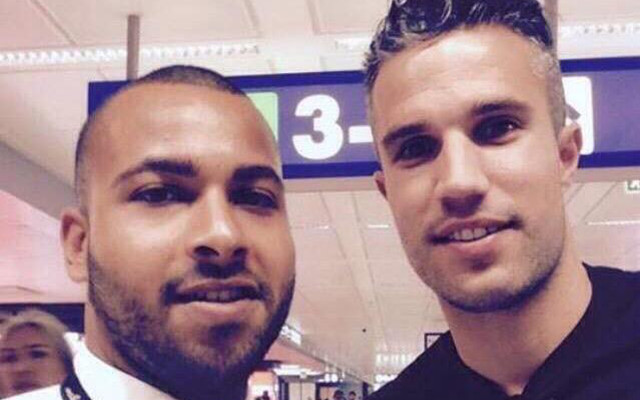 Manchester United star Robin van Persie has been spotted at Fiumicino Airport in Rome amid rumours that he could be moving to Lazio this summer.

The Dutchman has been linked with a move to the Serie A side by the Metro after a season in which he has struggled to play regularly for the Red Devils. The 31-year-old’s old injury troubles have come back to haunt him, despite him making 29 appearances during the campaign. It may be that the lesser pace of the Italian game would suit him, compared to the frenetic intensity of the Premier League.

With ten goals this season, the former Arsenal man clearly has the ability to play at a high level, if not quite the same one he was at two years ago. The player himself has admitted that he could be on the move, with Sky Sports recently quoting the player as saying he was unsure of his future at Old Trafford.

The Netherlands international is especially worried about his place in the Euro 2016 squad: “I must evaluate the situation. The club is doing that as well. I must consider what I really want. If worse comes to the worst and I won’t be playing much next season, I wouldn’t be in an ideal situation with Euro 2016 coming up.

“It’s a strange, difficult situation. A new situation, that’s a better word. I have to think in a realistic way. It’s my ambition to play the next years.”

If he is looking to feature more regularly, Lazio could be a good choice, particularly if the example of evergreen Miroslav Klose is anything to go by. Even though he is five years van Persie’s senior, the 36-year-old still starts regularly for Le Aquile and managed 16 goals in 40 appearances this season, 26 of which were starts. Far younger and just as talented, the former Feyenoord star could well go in to the side ahead of his ageing counterpart.

With only one more year left on his contract it is unknown how much United could get for their erstwhile star man. Whatever the fee, it is almost guaranteed to be less than the £24 million that BBC revealed was paid for him by Sir Alex Ferguson in 2012. However, with over £100 million expected to be spent new signings by the Metro it might be worth selling van Persie on while they still can.

If this picture is anything to go by, he could already be on the move. Although there is also a chance he is just going on holiday…