As the world eagerly anticipates the UEFA Champions League final between Serie A champions Juventus and La Liga winners Barcelona, we take a look at how both clubs can create history.

With the pair already completing a domestic double already this season, the winners on Saturday afternoon will become only the eighth team to complete an League, domestic cup and Champions League treble.

Celtic were the first club to complete such an historic feat in 1967, which was replicated by Dutch duo Ajax and PSV in 1972 and 1988 respectively.

Take a look at the last four teams to have managed this magnificent achievement: 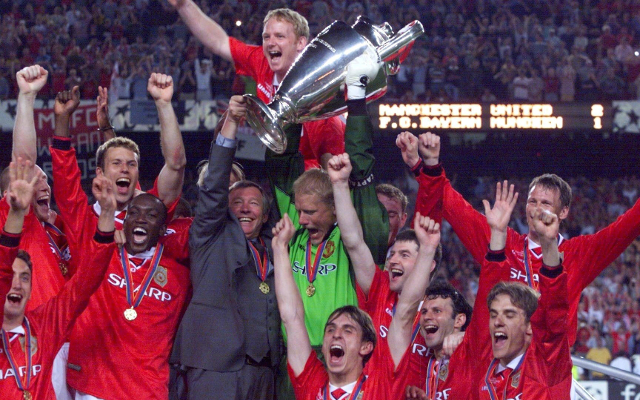 The Red Devils became the first-ever English side to win the treble in 1999 and they achieved it in such dramatic fashion.

After being crowned champions of England by finishing just a point ahead of Arsenal on the final day of the season, the two would go head-to-head in the FA Cup semi-final where a stunning solo effort from Ryan Giggs settled the tie in extra-time of the replay.

Victory over Bayern Munich in Champions League final was nothing short of memorable as two injury time goals from Teddy Sheringham and Ole Gunnar Solskjær took them from the brink of losing to the joy of celebration in just a matter of moments.