Barcelona have been crowned champions of Europe after a 3-1 victory over Serie A outfit Juventus in Berlin and, in the process have become the first side in history to achieve the treble on more than one occasion.

Goals from two of last summer’s signings-Ivan Rakitic and Luis Suarez-in each half settled the contest, while Neymar’s late goal added gloss to the result. Alvaro Morata equalised for Juventus in the second half to level the scores at 1-1, but Juve weren’t able to keep pace with their illustrious opponents.

Barca ultimately rounded off a magnificent season-in which they lifted both the Liga BBVA title and the Copa dey Rey-by claiming the grandest prize in European football. 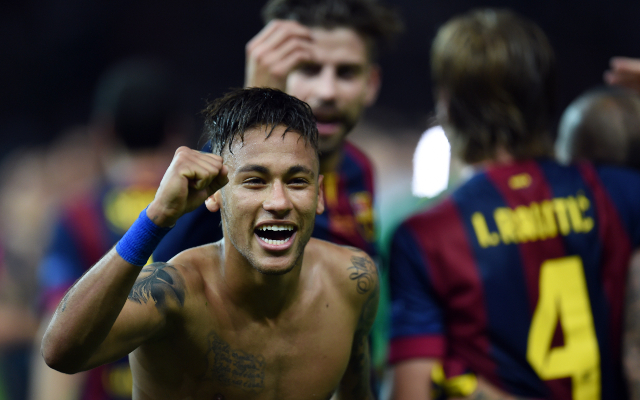 The Old Lady were rocked during the week as key defender Giorgio Chiellini was ruled out through injury and his place in the heart of defence went to Italian team-mate Andrea Barzagli.

After a cagey start to the game where Javier Mascherano seemed taken aback by the occasion, Rakitic rounded off a brilliant passing move to break the deadlock after just four minutes.

Lionel Messi started the move as his trademark pass from right to left eventually found Neymar, who fed Andres Iniesta, who in turn picked out the Croatian. Rakitic made no mistake from close range to convert his second goal of the competition.

Barca were rampant as this stage and could have doubled their lead on a couple of occasions soon after but firstly Gianluigi Buffon superbly denied Dani Alves and then Suarez toe-poked an effort from outside the area just wide of the far post.

The Uruguayan was then denied by Buffon at the start of the second half before Messi failed to hit the target after a brilliant passing move involving his striker partners.

Those misses came back to haunt the Spaniards as Morata equalised soon after as he tapped home from close range after a brilliant move involving Claudio Marchisio and Carlos Tevez resulted in the latter’s shot being pushed out into path of the young striker, who made no mistake to make it 1-1.

Juve had their tails up at this stage and exerted some pressure on their opponents and had a penalty shout for a foul on Paul Pogba turned down.

Minutes later, Barca re-took the lead as Messi’s effort was beaten away by Buffon but only into the path of Suarez, who nipped in ahead of Rakitic and converted the rebound to notch his 25th goal of the season.

Neymar thought he had made it 3-1 moments later, but his goal was ruled out for the use of a hand in the build-up.

As the Old Lady pushed forward for an equaliser during the five minutes of stoppage time, they were caught by a classic counter-attack as Neymar finished off the game with a clinical finish to hand Barca their fourth Champions League trophy in the last nine years.