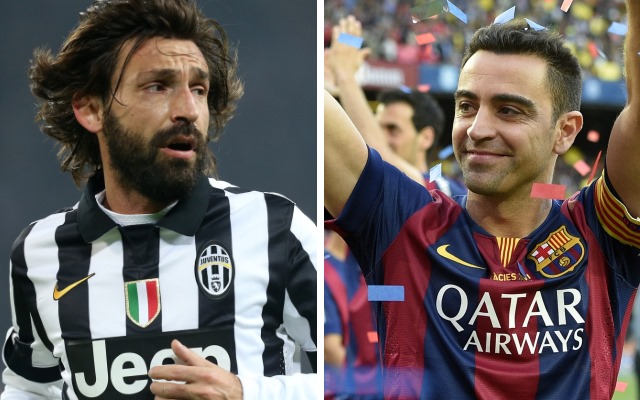 The Champions League final has been hyped up as the brilliant attack of Barcelona against the rock-solid defence of Juventus.

However, it is possibly also the final swansong of two great players who have made their names in the middle of the park.

The ageing passmasters Andrea Pirlo and Xavi Hernandez could be playing their final games in European football on Saturday night. The Blaugrana legend has already confirmed his move to Qatari side Al-Sadd in the summer according to ESPN, while Pirlo has been openly admitted  he could move to MLS if the Bianconeri win at the Olympiastadion, reported Goal.com.

The duo could have played together if the Italian is to be believed; The Guardian revealed that Pep Guardiola once tried to sign the midfielder back in 2010. However, it wasn’t to be so, and we will never know what they might have been capable of together.

We can still revel in their personal achievements though, and they are very impressive. Who is the better? It is very close indeed.