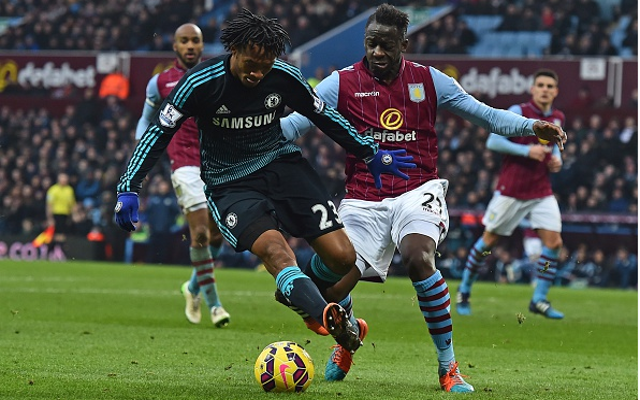 The agent of Chelsea winger Juan Cuadrado was at the Champions League final clash between Barcelona and Juventus to discuss an exit for his client this summer.

The Colombian international, who joined the Blues from Fiorentina back in the January transfer window, has had a difficult time at Stamford Bridge so far. He has only managed twelve Premier League games since he joined the club, starting only four of them and failing to register a single goal or assist.

According to Italian transfer expert Gianluca Di Marzio, this has led to Cuadrado’s agent, Alessandro Lucci, attending the big game in Berlin this weekend to meet with chiefs at clubs like Inter Milan and AS Roma.

According to Di Marzio [via the Metro], Chelsea have agreed to sell the versatile wideman.

Having shone during his time in Italy, it makes sense that the 27-year-old could be interested in moving back to a Serie A club in the coming months, with Jose Mourinho perhaps not having seen enough to make him a more important member of his first-team.

Chelsea already have so many options in the attacking midfield department that it is unsurprising to see a player of Cuadrado’s calibre struggle to break into the side. The South American has to contend with the likes of Eden Hazard, Willian and Oscar for minutes on the pitch in that area of the pitch.

Other good players such as Juan Mata, Kevin De Bruyne, Andre Schurrle and Mohamed Salah have also been shown the door during Mourinho’s second spell in charge of the West London giants, so Cuadrado would certainly not be the first, and probably not the last to see his career hit something of a wall at the club.

Although there is a case for saying the South American wide-man deserved more of a chance to impress this season, few can argue with Mourinho’s methods as his harsh ways and rapid changes to personnel in the transfer market brought yet another Premier League title, as well as the Capital One Cup to boot during the 2014-15 campaign.