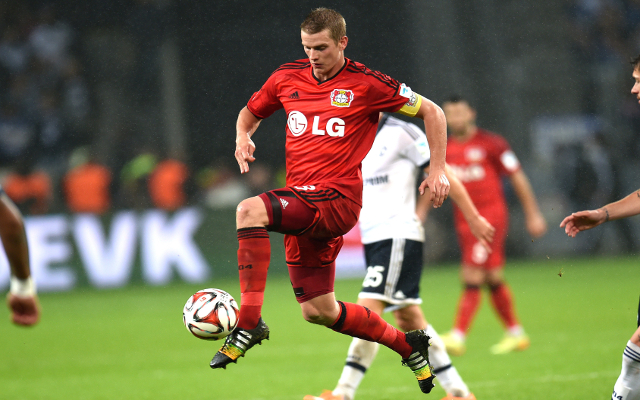 The 26-year-old  played 35 times for the German side last season, scoring one goal and assisting another three for his teammates. However, it is defensively where his strengths lie, meaning he could be perfect for either of the Premier League sides. Bayer apparently want £25 million for their player.

The Citizens are in need of a midfielder after the poor form of Fernandinho and Fernando in the last campaign. The pair were disappointing, plus with Frank Lampard and James Milner leaving the Etihad it is important they bring in top quality reinforcements to challenge Chelsea for the top flight championship next time round.

Meanwhile their neighbours are in need of a player to take the burden from Michael Carrick. At 33-years-old the England international isn’t getting any younger, and will need someone to rotate with because of the added games of the Champions League in the next season.