As Barcelona were crowned champions of Europe for the fourth time in nine years with a 3-1 victory over Juventus in Berlin on Saturday evening, there was on overwhelming reaction on social media for Thomas Vermaelen in particular. 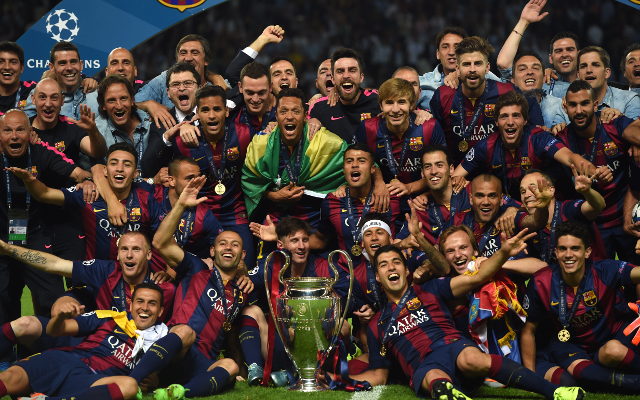 The Belgian defender has now won more trophies in one season at the Camp Nou than his former club Arsenal have won in the last decade and he’s done it by barely kicking a ball.

After joining the Catalan giants last summer, Vermaelen has missed the majority of the season through injury and only made his debut in the final game of the league campaign against Deportivo La Coruna last month.

However, despite his lack of appearances, he has still been able to walk away with three winner’s medals this season, leaving those on Twitter simply stunned by how lucky the 29-year-old has been.

Thomas Vermaelen has more trophies (3) than appearances (1) with Barcelona.

Thomas Vermaelen has made history tonight. The first player to win a treble by playing in just one game! pic.twitter.com/scuSZJYdH2

Massive shoutout to Thomas vermaelen. Averaged 1 trophy every 29 mins. LOOOOL What a legend.