The eagerly anticipated international friendly match between the Republic of Ireland and England on Sunday afternoon certainly did not live up to many supporters’ expectations. 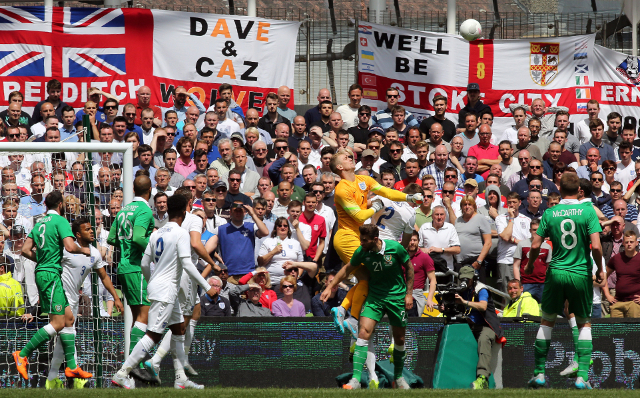 It was the first meeting between the two nations in football on Irish turf since 1995, where the game had to be abandoned after barely half an hour due to serious crowd trouble.

With fears of a repeat 20 years on, the game was switched from an 20:00 kick-off to 13:00, but with many players back in action after a two-week break since the end of the Barclays Premier League campaign, the game never really exploded into life and it eventually ended in a dull goalless draw.

Manchester United legend Paul Scholes spoke of his disappointment on ITV following the game and it appears those on Twitter agree with the former England international:

My word. 90 minutes I will never get back. #ENG #IREvENG

No shock in the #IREvENG match. 2 average teams 2 negative managers at the end of the season.

You Could Fit The #IREvENG Highlights On One Vine! Absolute Snooze Fest..

Ireland face a crucial Euro 2016 qualifier against Scotland at the Aviva Stadium on Friday, meanwhile the Three Lions are back in action next Sunday when they travel to Slovenia hoping to maintain their 100 per cent record in the qualification stages.