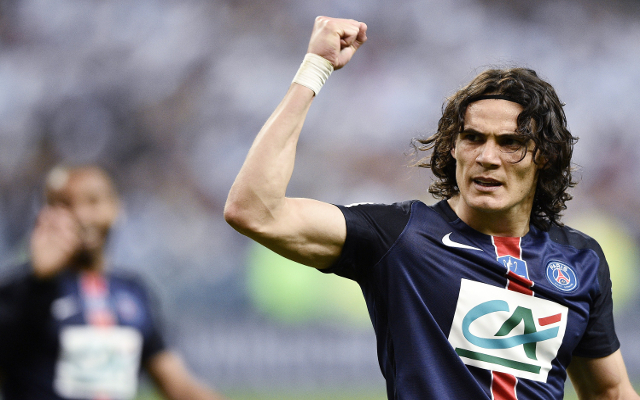 Old Trafford side given the ‘all clear’ to make a move for Parc des Princes star.

Uruguayan forward Edinson Cavani has demanded a PSG exit this summer according to the Metro.

Since moving to the French capital two years ago Cavani has endured a tough time of it, regularly used in a wide-attacking role that doesn’t suit his talents, as Laurent Blanc opts to select Zlatan Ibrahimovic in a central striking berth.

This hasn’t prevented Cavani from scoring regularly, the former Napoli man racking up 56 goals over the course of the past two campaigns, but another falling out with Blanc has led to the 28 year old calling for a transfer away from the Ligue 1 side.

Louis van Gaal is on the look-out for a new centre-forward and is keen on Cavani and a bid for the powerful marksman is on the cards.

Man United elected to send Radamel Falcao back to AS Monaco after a poor season on loan at the Premier League side whilst Robin van Persie also struggled for form in 2014/15 and as such there is a very real need to bring in a new prolific goal-scorer to lead the Old Trafford attack and Cavani may be the ideal man for the job.