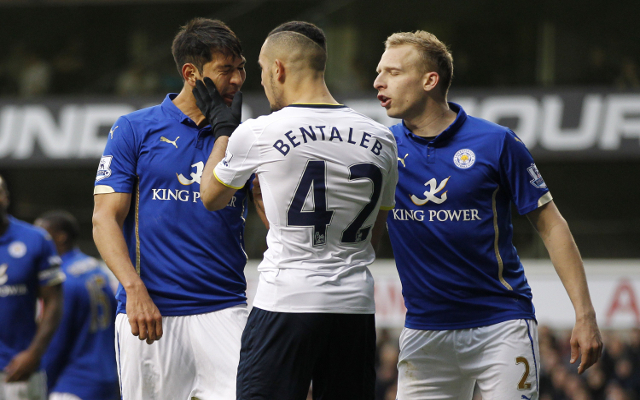 Man City will look to land Tottenham midfielder Nabil Bentaleb if they fail in their pursuit of Juventus star Paul Pogba according to the Manchester Evening News.

The 20 year old Algerian is said to be angered by the lack of a new contract, following his more prominent role in the first team this season, and this could lead to the tough tackler being tempted by a move to the Etihad Stadium side.

Bentaleb started 25 Premier League fixtures in 2014/15 and has proven a consistent defensive midfield option though he is clearly not in the same league as Pogba, so a move for the Spurs man would not really represent a fair alternative to the Juventus man.

One imagines that Man City’s interest in both Pogba and Bentaleb could be with a view to replacing veteran Yaya Toure, the Ivorian having been linked with a summer exit for some weeks now.