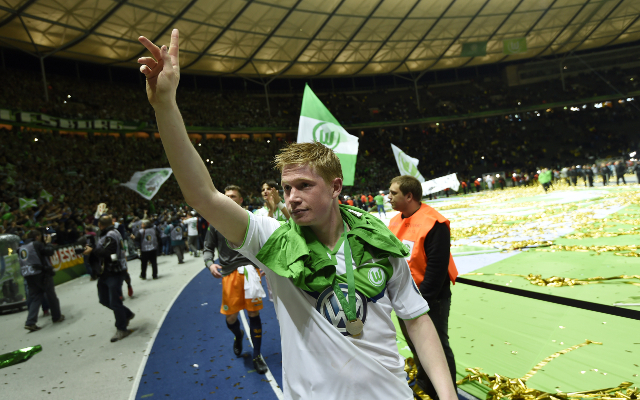 Manchester City look ready to break their transfer record this summer and eclipse the £38m they paid for Sergio Aguero back in 2011 with the signing of £40m Wolfsburg playmaker Kevin De Bruyne.

The young Belgian international, formerly of Chelsea, arguably looks one of the best attacking midfielders in Europe at the moment, having laid on 20 assists for his team-mates in 2014/15, more than any other player in Europe’s top five leagues.

Still only 23, De Bruyne looks to have the world at his feet and would make an exceptional signing for City, who lack a little inspiration in attack at the moment after underwhelming seasons from the likes of Samir Nasri, Jesus Navas and Stevan Jovetic.

According to the Daily Mirror, City have made De Bruyne one of their priority targets for the summer, though other top clubs such as Manchester United have also previously been linked with the in-form attacker after this outstanding season in Germany.