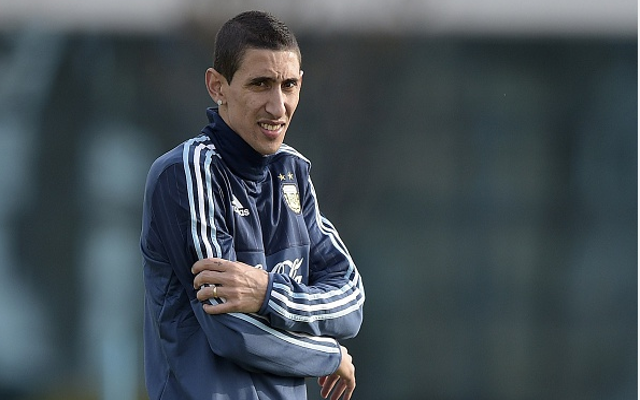 Old Trafford outfit may have to reduce asking price to sell big-money capture.

Bayern Munich are keen to lure Angel di Maria to the Allianz Arena but are said to be unwilling to meet Man United’s £44m price-tag according to German source Kicker (Via the Daily Mirror).

Pep Guardiola may well see the Argentine as a possible successor to either Franck Ribery or Arjen Robben, both players entering the latter stages of their respective careers, and should Man United look to cash-in on the former Real Madrid man then he may have to consider reducing their valuation of the 27 year old.

Di Maria cost Man United a British record £59.7m last summer and failed to impress in his debut campaign at Old Trafford, and as such his sell-on value will have diminshed, the question is how much of a loss would the Premier League side be willing to take on the South American wide-man.

Van Gaal elected to drop di Maria in the final weeks of the 2014/15 campaign, with both Ashley Young and Juan Mata proving very effective, and the Dutch boss has since signed Dutch flyer Memphis Depay so one would have to wonder quite where the big money signing now fits into his plans, if at all.