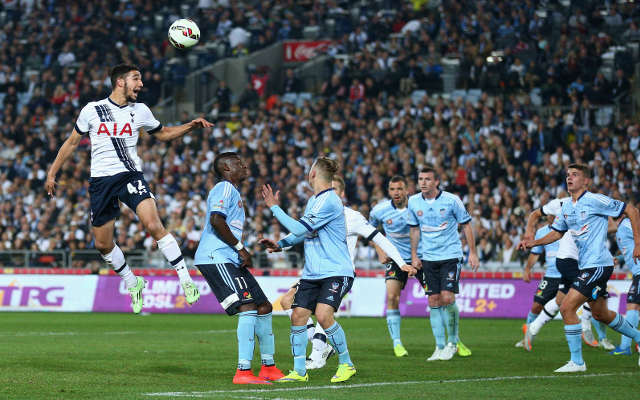 Anfield boss Brendan Rodgers may well be keen to strengthen his central midfield options following the departure of Steven Gerrard and the London Evening Standard claims the Merseyside outfit are already in talks to sign the £10m rated Algerian international.

The 20 year old battler broke into the White Hart Lane first team set-up during Tim Sherwood’s brief reign in charge of the north London side and continued his progression under Mauricio Pochettino but is apparently unhappy that his efforts have not been rewarded with an improved contract and this has led to speculation as to his future at Spurs.

Bentaleb is a combative tough tackling midfielder who is also able to spring the play forwards and would fit in well with the youthful nature of the current Liverpool squad.

Liverpool have wasted no time in terms of bringing in new recruits this summer with deals to bring in James Milner and Danny Ings, from Man City and Burnley respectively, already complete.

Former Tottenham ace hits out at fans and has no regrets over quitting White Hart Lane October 5, 2016 22:48
Tottenham FC