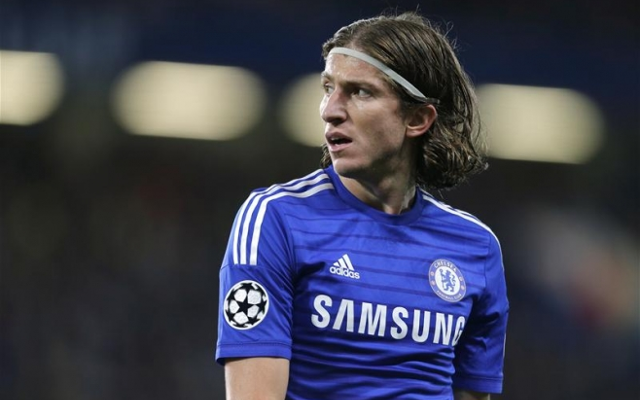 Chelsea defender Filipe Luis is itching for a return to Atletico Madrid just a year after sealing a £15.8 million transfer to Stamford Bridge.

According to Spanish newspaper Marca, the Brazil left-back has given the impression to those closest to him that, following a season spent on the periphery of Jose Mourinho’s first-team, he wishes to leave west London in the summer transfer window, and is after a reunion with Diego Simeone in Madrid.

With his 30th birthday approaching in August, the newspaper suggest that the left-back has perhaps just one more big-money move left in his career, but he is only interested in a return to the Estadio Vicente Calderon.

The 29-year-old described his move to Stamford Bridge as a ‘dream come true’ [The Guardian] when the deal was confirmed last July. Despite adding a Premier League title and a League Cup trophy to his list of career honours, the season spent with the English champions cannot be described as a dream for Filipe Luis.

Cesar Azpilicueta has cemented himself as Chelsea’s first-choice at left-back following Ashley Cole’s departure last summer, and Filipe Luis has consequently struggled for playing time. The Brazil international managed just 15 appearances in the Premier League last term, of which nine were starts, while his Spanish rival managed 29 league appearances for the Pensioners.

Luis starred in his four years spent in Madrid – and there were concerns that Simeone would struggle to replace the Brazilian last summer. Guillherme Siqueira, brought in from Granada last June as a replacement, has featured regularly at left-back, but few will doubt that the Chelsea defender is superior defensively. Despite having been a bit-part player at Stamford Bridge, Filipe Luis has averaged 3.5 tackles per game – Siqueira just 1.9.

Nonetheless, the primary concern over a return transfer to the Estadio Vicente Calderon would be whether the Argentine coach is willing to give up on Siqueira so soon following his improved performances in the second-half of his first season. Chelsea are also likely to want to recoup most of – if not all – of the £15.8m paid last summer with two years remaining on the left-back’s current Blues deal [ESPN].