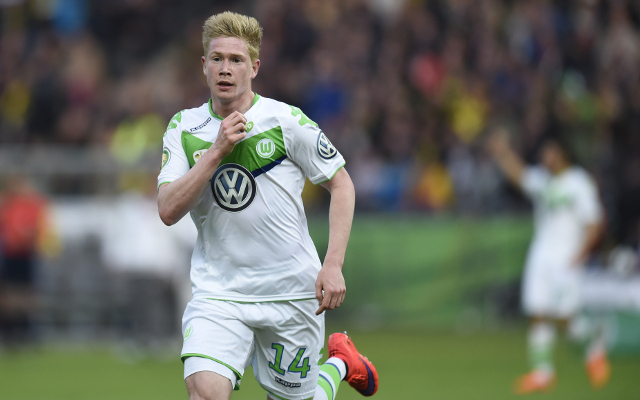 Man City look to be pushing on with efforts to sign Wolfsburg playmaker Kevin de Bruyne according to Sky Sports.

The 23 year old Belgian left Chelsea after being considered, perhaps mistakenly, surplus to requirements by Jose Mourinho and hasn’t looked back since.

De Bruyne’s tally of 20 assists was not only the highest in the Bundesliga this season it represents the highest total ever recorded in the German top tier, this after being handed just two Premier League starts during his spell at Stamford Bridge.

A return to England may be the offing with the winger confirming that ‘informal talks’ had taken place with Man City though Wolfsburg would demand at least double the £18m they paid for the player, according to the Metro.

De Bruyne has four more years to run on his five year deal at Wolfsburg so a move to bring in the attacker may prove problematic for Man City.