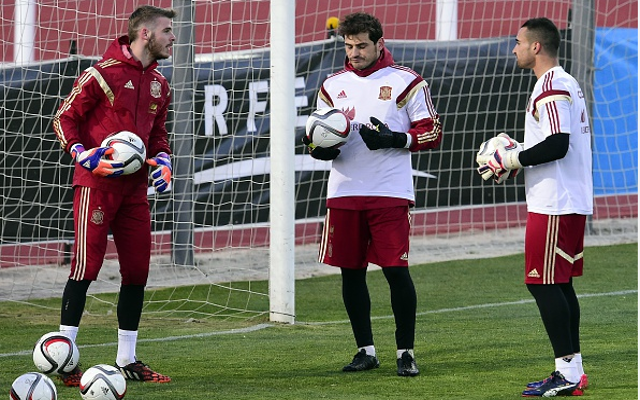 Real Madrid are set to complete the signing of Man United keeper David De Gea according to Marca (Via Sport Witness).

The Old Trafford side are seemingly reticent to lose the 24 year old custodian but as the Spaniard has just a year to run on his current deal they have little option other than to look to cash-in on the player.

Man United have demanded €30m (£18m) for the player and Real Madrid appear ready to fork out the necessary funds and a deal could be agreed in a matter of days.

De Gea has perhaps been Man United’s most consistent performer over the past two seasons and is a player Louis van Gaal will struggle to effectively replace.

Though the Dutchman brought in experienced former Barcelona man Victor Valdes in January it’s likely a new goalkeeper will be targeted should De Gea indeed leave, Tottenham’s Hugo Lloris perhaps being the most likely option in that regard.

De Gea’s move to Real Madrid will leave Iker Casillas and Keylor Navas concerned for their respective futures at the club.