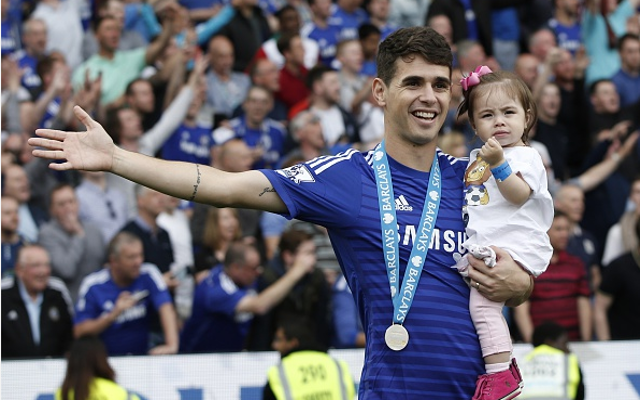 Serie A side keen on Brazilian international.

Juventus are ready to table a £30m bid for Chelsea playmaker Oscar according to The Sun.

The 23 year old Brazilian was a regular in Jose Mourinho’s starting eleven this season but arguably made less of an impact at the West London side than in previous campaigns.

The Blues apparently want to keep hold of the creative midfielder though they may fear a big money offer from the Serie A side.

Oscar may feel he is no longer a pivotal member of Mourino’s set-up and could be tempted by a move to Juventus, where he would be considered a replacement for Paul Pogba.

The French international could be on his way out after yet another outstanding campaign at the Turin based side, with Barcelona known to be keen on the £80m rated midfielder.

Chelsea signed Oscar in July 2012 and has gone on to rack up 151 appearances in his three seasons at the club, netting 30 goals in the process.