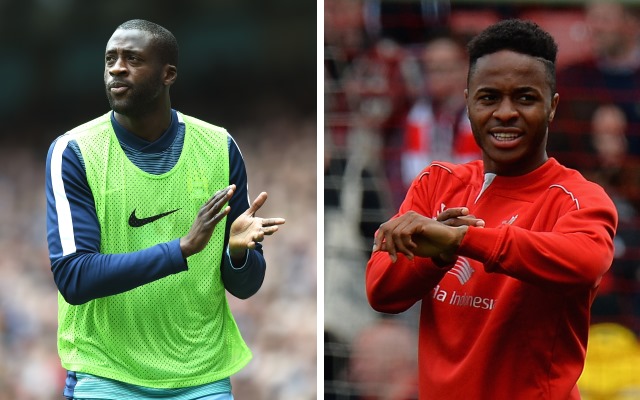 Liverpool have emerged as unexpected favourites to sign Manchester City powerhouse Yaya Toure, and may use wantaway forward Raheem Sterling to broker a deal with the Citizens.

According to the Metro, SkyBet have made the Reds favourites to sign the Cote d’Ivoire midfielder, although it remains to be seen whether the Anfield outfit will move for the 32-year-old.

Brendan Rodgers’s side are 6/4 favourites to sign the player, ahead of the player’s other recognised suitors, Paris Saint-Germain [Le Figaro] and Inter Milan [Daily Mail].

The Metro believe one way a deal may be possible is if Liverpool could use City’s reported interest in Sterling as a means to bring the West African to Anfield.

The England international has made little secret of his desire to leave Merseyside, with his agent Aidy Ward confirming that there was no way the 20-year-old would side a new deal with the club. Sterling’s representative proceeded to launch into a remarkable tirade, criticising both Liverpool and club legend Jamie Carragher [Standard].

It is hard to see a way back for Sterling at Anfield.

Toure’s future has been uncertain for sometime. The former Barcelona and AS Monaco man signed a £200,000-per-week, four-year deal back in 2013, but there have been several indications over the last 18 months that the Ivorian is unhappy with his lot at the Etihad Stadium [via the Telegraph].

One appeal of a move to Liverpool might be a reunion with his brother Kolo, who left City for Liverpool in the summer of 2013 and recently signed a new one-year contract at Anfield [Daily Mail].

While Liverpool have already added James Milner to their midfield, the departure of Steven Gerrard to Los Angeles Galaxy means that Brendan Rodgers is in desperate need of new options in the centre of the park.