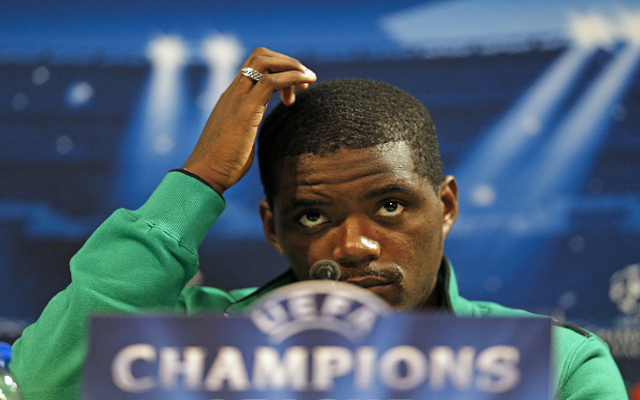 Sporting Lisbon star William Carvalho has revealed his desire to play in England amid interest from Arsenal and Manchester United, reports the Daily Star.

The defensive midfielder has been linked to the Premier League duo after a solid season for the Sportinguistas. Over 41 appearances, the 23-year-old helped the Primeira Liga side to finish third domestically as well as third in their Champions League group.

Perhaps more impressively the youngster contributed so much to the team’s defensive structure and shape that they only conceded 29 goals in 34 league games.

His form has seen him linked to the EPL, and that certainly seems like an appealing option for the player, based on his recent comments: “I would like to play in England,” he began, via the Daily Star.

“I think my physical strength can make me a good fit.”

Arsenal have long been linked to the midfielder [Daily Mail], and could be ready to finally make a move this summer.

However, the emergence of Francis Coquelin last season means that they may not need Carvalho anymore. The Frenchman is a very similar player to the Portuguese, with both putting an emphasis on their defensive work in the middle of the park. As such it would be hard to use the two in tandem and not expect the Gunners to lose some of their attacking menace.

Meanwhile the Red Devils are supposedly interested, with manager Louis van Gaal reported to be a fan earlier this season [Express]. They qualified for the Champions League in the last campaign, meaning that their squad will have to bolstered in order to deal with the extra competition next time round.

Although Daley Blind and Michael Carrick are already at Old Trafford and able to play in Carvalho’s position, the former’s ability to play at centre-back and left-back could mean that he is required elsewhere on the pitch. At the same time Carrick is now 33, and can’t be expected to play every game. The 23-year-old Sporting man could be an ideal option this season as well as the long-term solution for the heart of United’s midfield.

They even have a recommendation from current player Nani, who was on loan at Sporting last season.

Speaking to the Mail [via Manchester Evening News] in February, the Portuguese wideman gave a glowing recommendation of his compatriot: “He is a great player. He has a lot of quality. I think at the end of this season he will be prepared to play in the Premier League.”

Carvalho has played 12 times for the Portuguese national team, including at the 2014 World Cup.