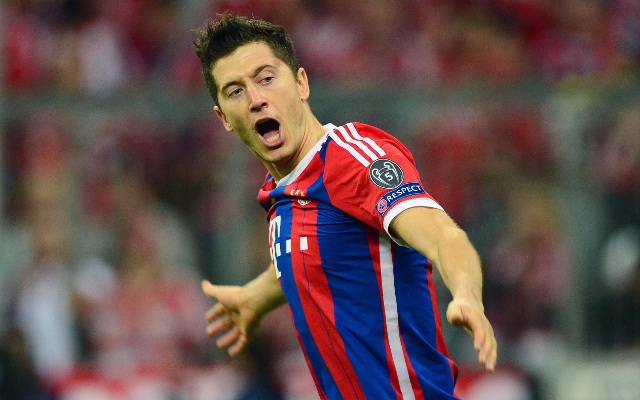 The current Red Devils ace is close to a move to Juventus [ESPN], and should he leave Old Trafford the club will have to bring in a replacement.

After the striker disappointed with just ten goals last season, they may want a new forward anyway, especially with the their return to the Champions League coming up in the next campaign.

The Poland international would certainly be an upgrade on the 31-year-old, and not just because he is only 26-years-old.

The Bayern star managed to score 28 goals in 52 appearances last season, and had 92 in 165 games for Borussia Dortmund before that. Although van Persie had similar stats before the last campaign, it is becoming more unlikely that he won’t be able to do so again as he gets older.

However, United may find it difficult to sign the forward as he has been so important for the Bavarian side since joining less than a year ago. He has started the vast majority of their matches, and alongside 36-year-old Claudio Pizarro is one of the only two recognised strikers in the squad.

Although manager Pep Guardiola has played without a focal point in his teams before, it would be surprising if he didn’t try to get a replacement before letting someone like Lewandowski go.