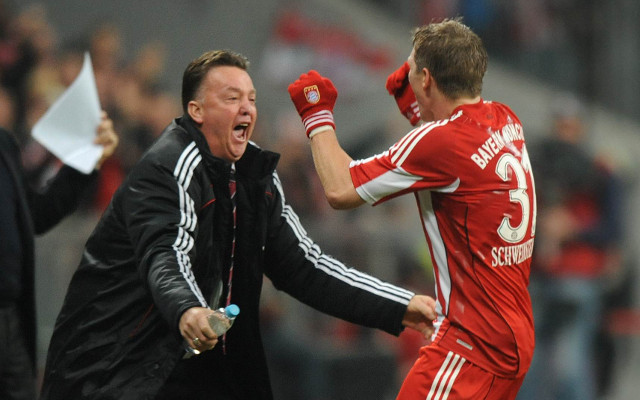 Bayern Munich star Bastian Schweinsteiger has been told to ask for a transfer if he wants to move to Manchester United, reports SportBild.

Bayern CEO Karl-Heinz Rummenigge told the German publication that the Bavarian club isn’t interested in selling one of their star players unless he agitates for a move. Judging from how he was speaking the 30-year-old hasn’t started angling for a transfer as of yet. Having played for the Allianz Arena outfit since he was 17-years-old it would be surprising if this did happen.

Rummenigge said when asked whether United are close to signing the midfielder: “No. I do not know if there any truth there. In our view it is clear: we would only think about selling if Bastian came to us with a specific request. That is not the case now.”

The Red Devils are interested in the central midfielder after manager Louis van Gaal admitted that the position is a priority for him in the transfer window, according to the Metro. Michael Carrick played there when fit in the last season, but at 33-years-old the England international can’t be expected to feature in every game. Especially now that they have an extra competition after qualifying for the Champions League.