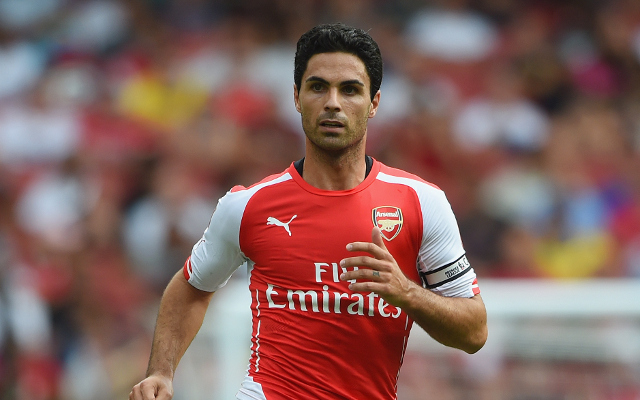 Mikel Arteta has hailed the playing staff at the Emirates Stadium and has tipped the club to use it as springboard and challenge for even more success in the very near future.

In a tremendous sign of togetherness at the club, Arteta was given the opportunity to lift the trophy alongside vice-captain Per Mertesacker despite not taking part in the final against Aston Villa last month.

Many have tipped Arsene Wenger’s side to pose a threat to the Barclays Premier League title next season provided they strengthen in key areas and Arteta says the atmosphere at the club will help them to do just that:

“The development of this group in the last three or four years has been magnificent,” he told the club’s official website.

The 33-year-old has not played a first team game for the Gunners since last November in the Champions League group game against Borussia Dortmund and has since seen his place in the XI go to a rejuvenated Francis Coquelin.

With rumours of Wenger looking to add another central midfielder to his ranks, with Geoffrey Kondogbia [via Metro Sport] among many linked with a switch to the Emirates this summer, it would appear Arteta could find himself on the fringes once again next season.