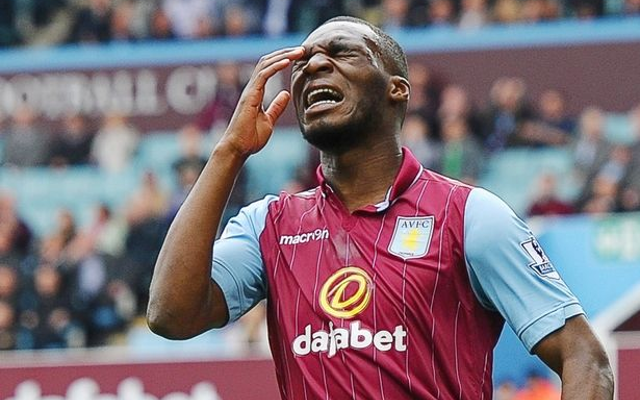 Aston Villa striker Christian Benteke will be on his way out of the club this summer, his agent revealed to a prank caller posing as a Premier League manager.

The Belgian international, who has a £32.5m release clause and who is wanted by the likes of Liverpool, Manchester United and Chelsea, is seemingly setting his sights on an exit from Villa Park after a highly disappointing season for the club.

Tim Sherwood’s side narrowly escaped relegation before being thrashed 4-0 by Arsenal in the FA Cup final, and Sky Sports now reports his representative has made it clear he will be leaving.

Villa chief executive Tom Fox has slammed this call from a fan, and has been quoted as saying he still hopes to persuade Benteke to stay and sign a new deal.

Still, this looks like bad news for the club’s fans as the 24-year-old’s agent tries to earn his client the big move he arguably deserves after his fine individual form.