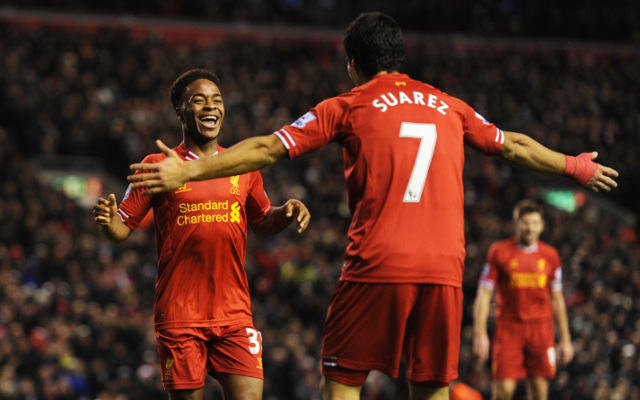 Michael Owen believes Liverpool fans shouldn’t be concerned at the prospect of Raheem Sterling leaving Anfield in the summer, as Brendan Rodgers could find a replacement of similar quality with ease.

The England international looks destined to be leaving Merseyside within the coming months; after BBC Sport revealed that the young winger had informed his Reds boss before their clash with Chelsea on 10 May that he would not be signing a contract extension, and would be searching for a new club at the end of the season.

According to the Daily Star, the 20-year-old is itching for a return to his home city – London – which puts Arsenal and Chelsea as the top contenders for his signature, if reports are true.

After losing the world-class Luis Suarez to Champions League winners Barcelona last summer, it would be another blow if Sterling leaves just a year after the Uruguayan’s departure.

The former Liverpool and Manchester United forward believes that Brendan Rodgers can afford to allow Sterling to leave; unlike Suarez, the club could swiftly sign a player of similar or superior ability.

Speaking at BT Sport’s European football coverage launch, Owen said, “I think he is a very good player but, put it this way, a year ago they lost Suarez, he is irreplaceable, you cannot replace someone that good,” as quoted by talkSPORT.

“If Liverpool lose Sterling they can replace him. Certainly with the money that they would get I think you can replace Sterling,” the 35-year-old continued.

“I think he’s a very good player, got loads of potential, but you can replace him and you can’t replace Suarez.

“If I was a Liverpool fan I would obviously want an answer, but I wouldn’t be losing sleep if he did leave and you got a fair old chunk of money for him because I think he is replaceable.”