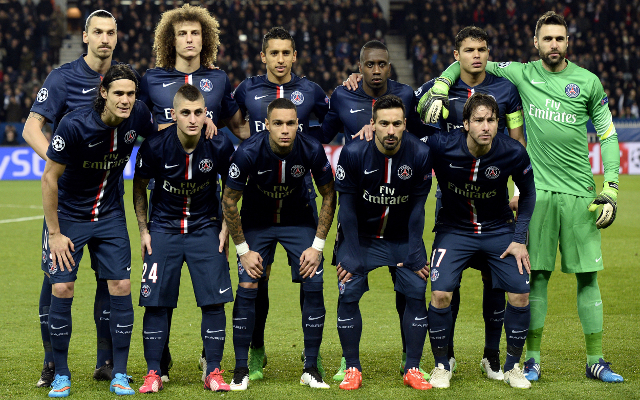 Man United boss Louis van Gaal is set to make moves for three PSG stars in moves that could set the Old Trafford side back around £100m.

The former Napoli man is unhappy with his wide-attacking role under Laurent Blanc and could well be tempted by the chance to spearhead the Man United attack.

Man United are lining up a £7m bid for right-back Gregory Van der Wiel according to the Daily Mail, a move that would help resolve something of a problem area in van Gaal’s squad.

Louis van Gaal also has his sights set on £30m rated defender Marquinhos according to the Daily Star.

The Brazilian can offer a strong central defensive option to help solidify things at the back.