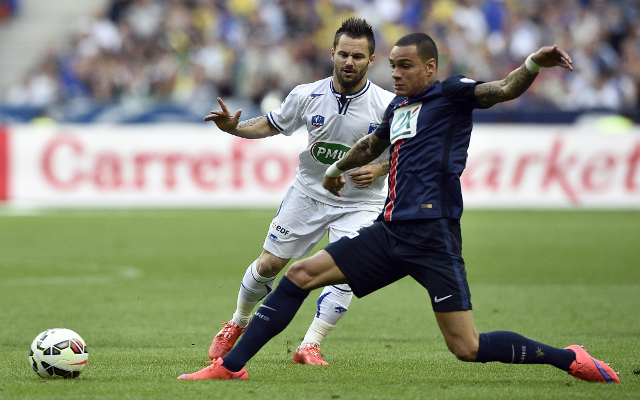 The 27 year old has opted to quit PSG and is now Louis van Gaal’s number one choice to resolve his right-back ‘problem area’.

Moves to bring in Barcelona’s Dani Alves and Southampton full-back Nathaniel Clyne have both failed and this will lead van Gaal to target the Parc des Princes star.

Van Gaal knows the player well from his time in charge of the Netherlands and this source believes a £9m deal will soon be ‘wrapped up’.

Neither Luis Antonio Valencia nor Rafael impressed greatly at right-back in 2014/15 and it’s no surprise that van Gaal would be looking to fill the role and will undoubtedly be making a number of major moves to strengthen his squad this summer.