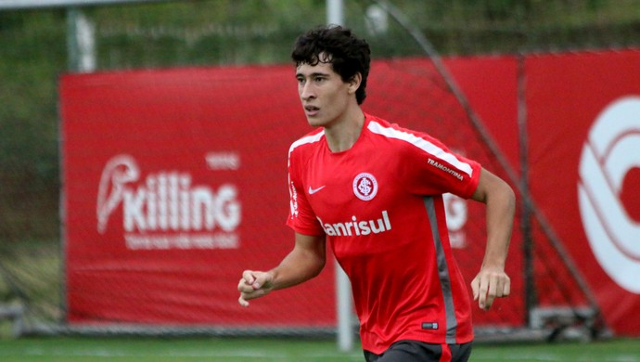 Samba starlet on his way to Old Trafford.

Manchester United are on the verge of completing their second signing of the summer transfer window as they close in on a deal to bring in Internacional youngster Rodrigo Dourado.

The exciting 20-year-old has been identified as an exciting prospect by Red Devils boss Louis van Gaal, and has been touted as a long-term replacement for Michael Carrick in defensive midfield.

Despite many other more established names, such as Borussia Dortmund’s Ilkay Gundogan, also being linked with United in that position this summer, it may be that van Gaal will move away from his ‘Galactico’-style transfer policy and recruit youth here with the signing of Dourado.

The Brazilian would make a great long-term purchase for United based on the potential he’s shown so far, and the Metro reports that the deal is edging ever closer to completion, with the club impressed after scout reports on the player.