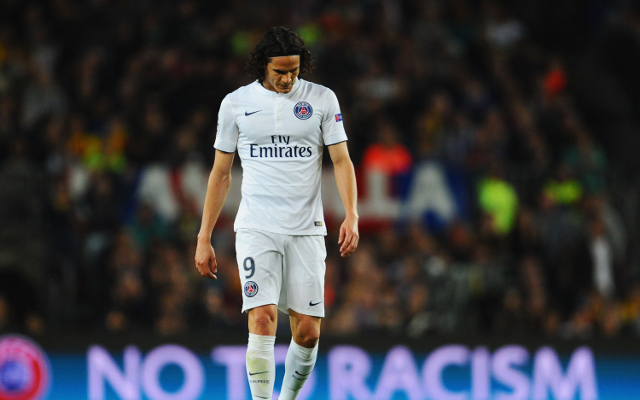 Manchester United are said to be ready to launch a stunning £60m bid to sign Paris Saint-Germain striker Edinson Cavani ahead of Arsenal and Liverpool.

The Red Devils need new additions up front this summer, with Louis van Gaal keen to replace the departing Radamel Falcao, while Robin van Persie could also leave after a disappointing season.

According to the Metro, Cavani has become one of the club’s top targets in attack, and it may be that an offer of around £60m would be enough for PSG to consider letting the Uruguayan go.

Cavani has not always been at his best since moving to France from Serie A giants Napoli in the summer of 2013, though he could certainly make a good addition for United if he rediscovers his best form.