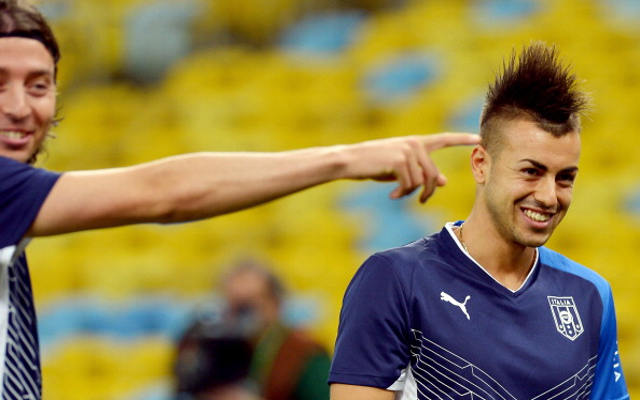 Arsenal could renew their interest in signing AC Milan forward Stephan El Shaarawy this summer if the arrival of Jackson Martinez at the San Siro allows the Italian international to leave the club.

The Gunners are known to be keen on improving their options up front for next season, and El Shaarawy has long been regarded as a top prospect for the future and one that Arsene Wenger greatly admires.

Still only 22 years old, El Shaarawy enjoyed a terrific breakthrough season in 2012/13, scoring 19 goals for Milan, but he has since struggled with injuries and has only managed four goals in the last two campaigns.

However, the Daily Mirror claims this could still see Wenger try to lure him to the Emirates Stadium, with the imminent arrival of Martinez likely to mean he falls down in the pecking order at the San Siro.

Stephan El Shaarawy set to re-join AS Roma after stint at Shanghai Shenhua comes to an end Jan 22 2021, 19:55
Roma

Signs point to an exit for Lacazette as Arsenal are offered Italian international on loan Sep 10 2020, 19:49
Arsenal FC

Arsenal target offers himself to another club as they make space for him Jul 8 2019, 12:13
Arsenal FC

Video: El Shaarawy welcomes Ranieri back to AS Roma in style with stunning curling effort during win over Empoli Mar 12 2019, 7:14
Roma