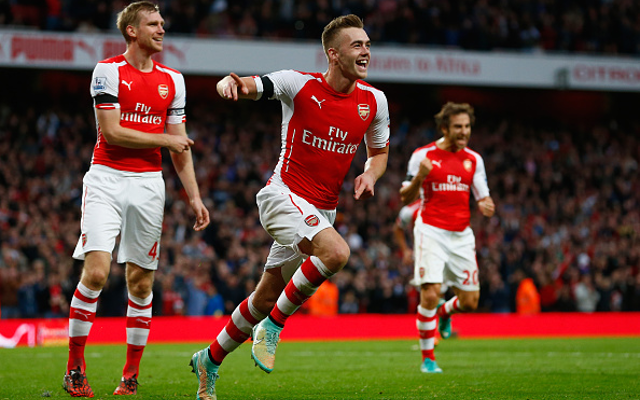 Arsenal have been handed an FA charge for breaching agent regulations in their signing of Calum Chambers from Southampton last summer, according to thefa.com.

The England international was brought in from the Saints as one of a number of Arsenal signings last year, and has become a first-team regular since moving to the Emirates Stadium, showing some promising form that saw him earn a call-up to Roy Hodgson’s squad in recent matches.

However, unspecified issues surrounding agent Alan Middleton have clouded the transfer with controversy, meaning the Gunners and Middleton himself have now been issued with this charge.

Middleton has until the 17th of June to respond, while Arsenal have requested more time and will be allowed until the 16th of June.

Mikel Arteta urged to make drastic changes to this area of his Arsenal side ahead of the new season Apr 12 2021, 17:08
Arsenal FC

Video: Glorious chance that Bukayo Saka missed to make it 2-0 to Arsenal against Burnley before trademark implosion in first-half Mar 6 2021, 13:27
Arsenal FC