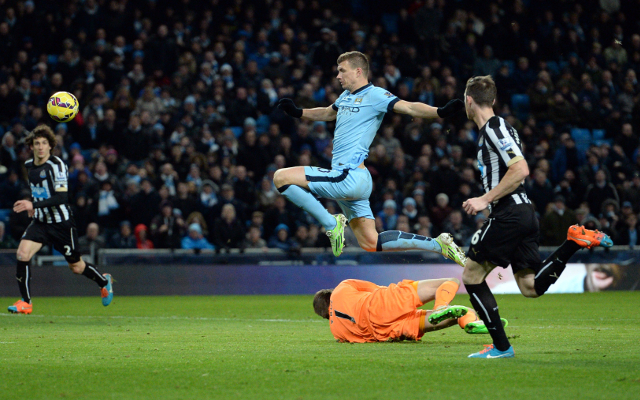 Arsenal boss Arsene Wenger hopes to make good use of his £50m transfer war-chest with The Sun claiming the north London side have set their sights on three Premier League stars.

The Gunners have set aside £35m to bring in Chelsea keeper Petr Cech and Southampton midfielder Morgan Schneiderlin, two long term targets, and will make an offer of £15m for Man City striker Edin Dzeko.

Arsenal were in superb form in the second half of 2014/15 and Wenger will hope to get the following season up and running in a similar fashion but is clearly aware that his squad could do with improvements.

Cech would offer Arsenal an improvement on their current goalkeeping options and whilst Francis Coquelin impressed last term there is a very real need for further investment in a strong tackling midfielder and Schneiderlin fits the bill.

Olivier Giroud impressed in patches in 2014/15 and one can well see why Wenger would be keen to bring in another centre-forward and Dzeko may be tempted by a fresh challenge having fallen down the pecking order at the Etihad Stadium.