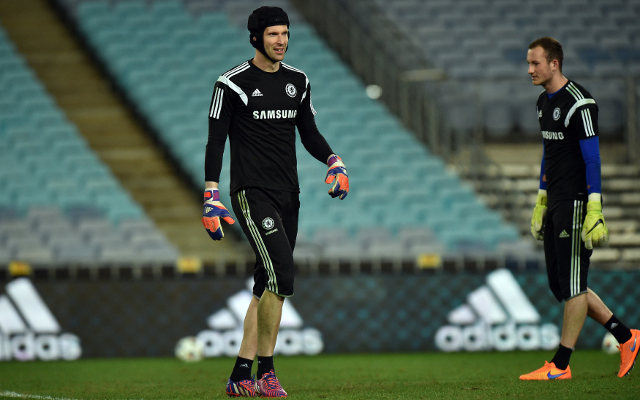 Arsenal are confident of landing Chelsea keeper Petr Cech next week according to the Independent.

The 33 year old Czech Republic international had to play second fiddle to Thibaout Courtois last season and isn’t likely to want to repeat the experience in 2015/16 and Arsene Wenger is ready to pay £11m for the experienced custodian.

Cech is keen to remain in London and will be seen as a step-up in quality from the likes of Wojciech Szczesny and David Ospina, who shared goalkeeping duties at the Emirates Stadium in 204/15.

Though Jose Mourinho is thought to want to keep hold of Cech it is believed that Chelsea will not stand in the player’s way if he pushes for a move to Arsenal.

Chelsea signed Cech in 2004 and he has gone on to rack up 485 appearances for the West London club.