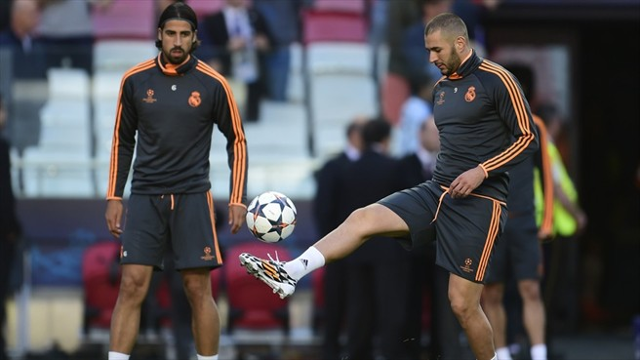 Juventus’ new signing Sami Khedira has spoken about his exit from Real Madrid this summer, saying he was “tired” of life at the club.

The German international, who looked for much of the summer like he might be on his way to either Arsenal, Manchester United or Chelsea, eventually made the move to Turin and insists he did not do so for the money.

The World Cup winner claims he could have made more if he’d stayed on at the Bernabeu, but is pleased to have escaped from the limelight of playing for such a world-famous football club.

Speaking to the German press after recently opting to move to Juventus, Khedira spoke about his decision to quit after five years in the Spanish capital.

“I can’t be accused of acting disloyally or improperly”, Khedira is quoted in Marca. “Real Madrid offered me a mammoth contract that could potentially have seen me earn even more (than at Juve).

“At one point I told my agent, Jorg Neubauer, who couldn’t be a bigger Real Madrid fan, that I wanted a change. I was tired, because at the end it was extremely exhausting.

“(Real Madrid are an) even bigger club than it seems. When I would search for holiday destinations, I would always think of somewhere very far away. But it didn’t matter what remote corner of the world I was in, people would always recognise me.”