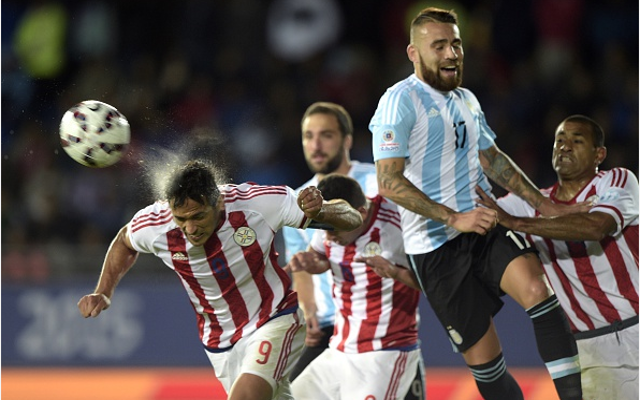 Old Trafford side to welcome in Valencia defender Nicolas Otamendi.

The 27 year old has been strongly linked with a move to Old Trafford for a number of weeks now and could be a very useful capture as Louis van Gaal seeks to strengthen his defence.

The Argentine international’s agent has agreed terms on a deal but by all accounts Valencia are yet to sign off on such a deal, which is of course a fairly big obstacle to overcome, though it does appear that van Gaal will be bringing in his second summer signing in the coming weeks having already brought in Dutch winger Memphis Depay.

Otamendi had an outstanding season at the heart of the Valencia defence, form that helped secure a prominent role back in the Argentine national team set-up, and is likely to be a player the Mestalla side is ready to cash-in on to help balance the books.